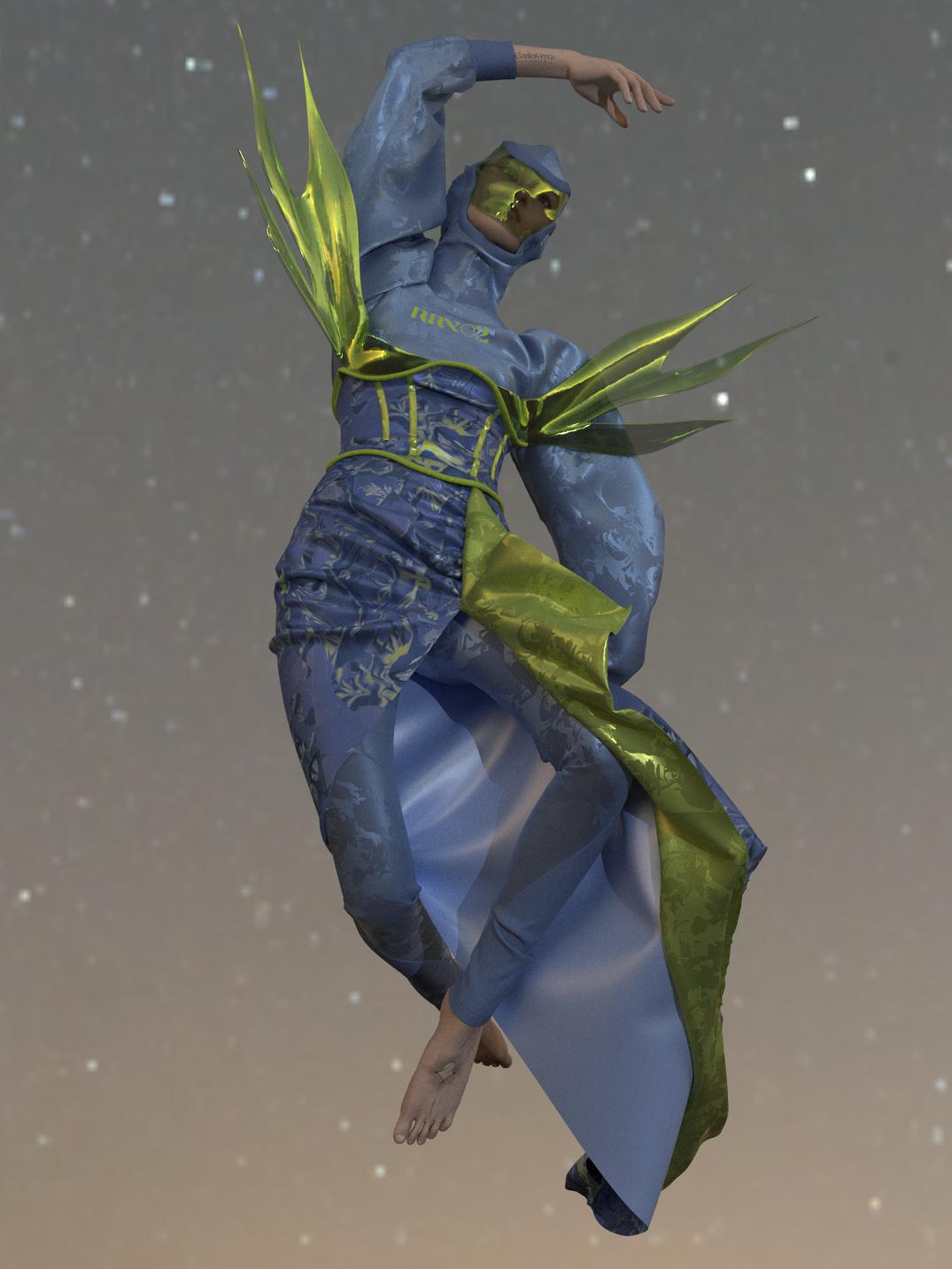 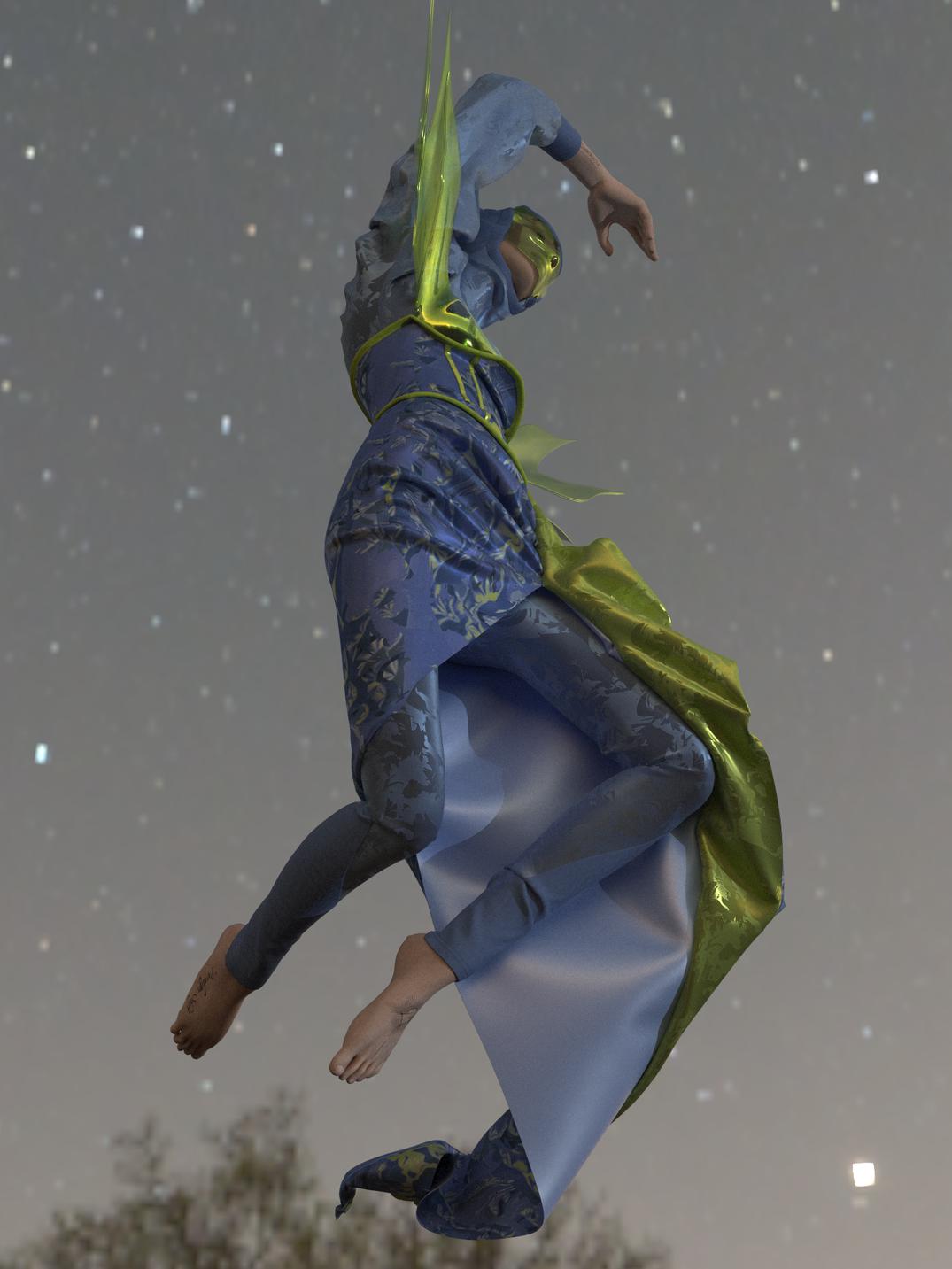 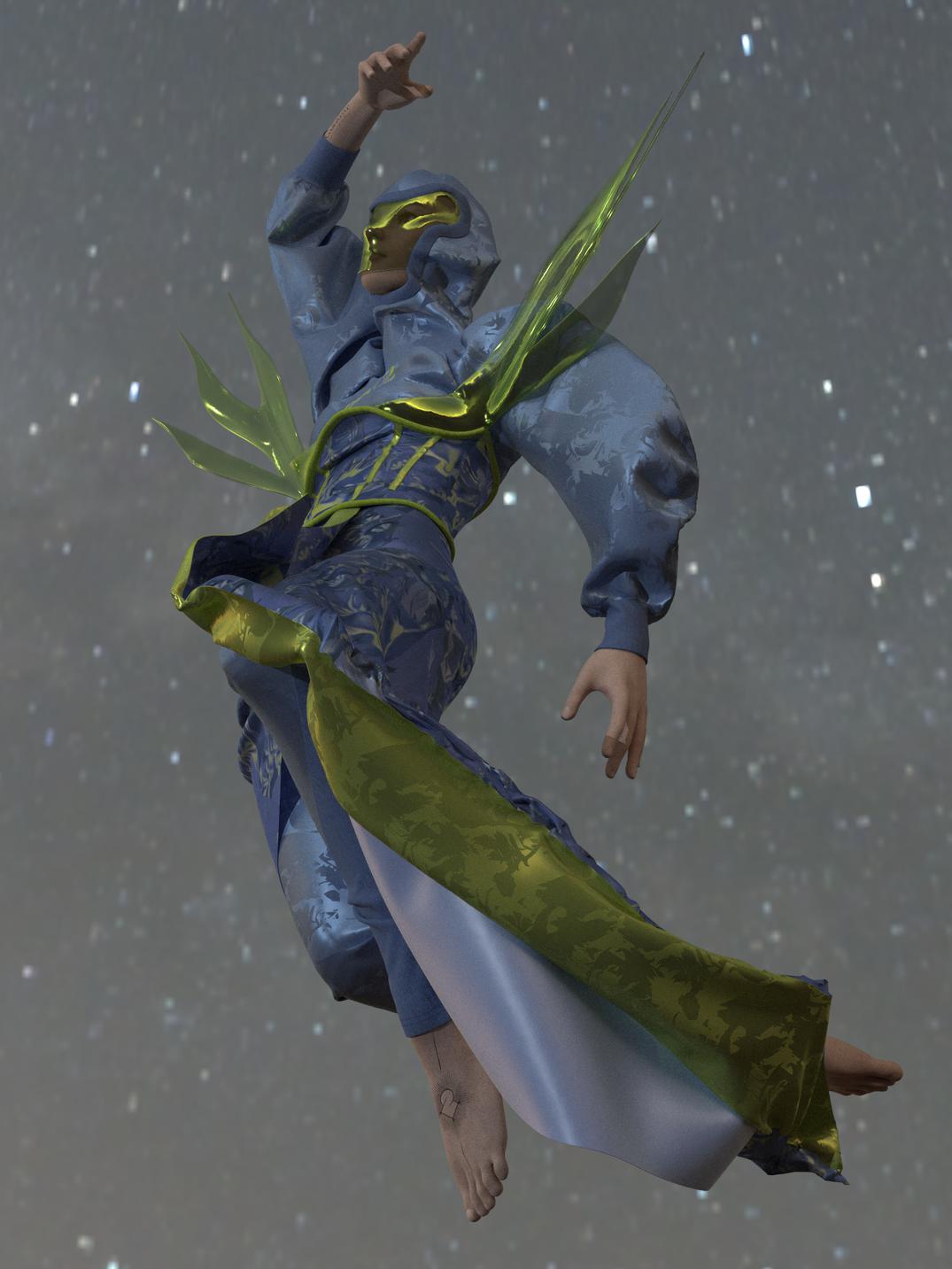 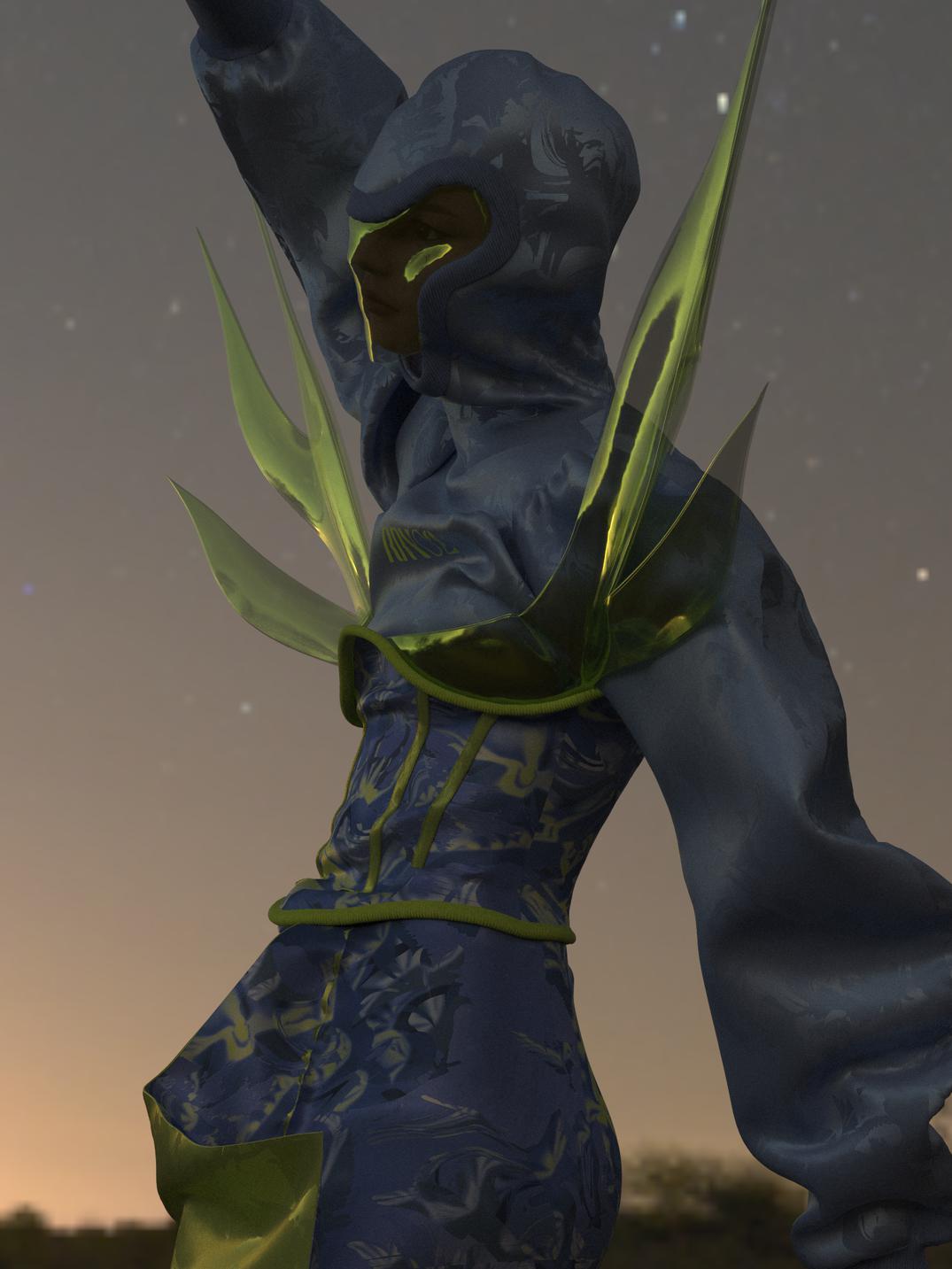 Coalescence 01 [to combine into a uniform whole, resulting organic unity] The mystical figure levitates in an unknown space and time, could be on Earth or above an abstract landscape, yet it denotes a familiar atmosphere that resembles both a scene of a renaissance painting and a futuristic space view. I’m interested in exploring eclecticism, duality, the contrast between new and old, futurism and history, merging seemingly opposite elements into a refined whole. This hybrid outfit denotes a futuristic look that also has historical clothing references: the corset and asymmetric skirt drape, the construction of the puffed sleeve top is also of a vintage inspiration. The fabrics are inspired by jacquard and printed silk, while the ribbed trims are characteristic of sportswear pieces. The hood element is designed in a futuristic way, with a built-in translucent shield and a sporty rib trim, in contrast with the elegance of the silky fabric. The corset and skirt drape feature a digital print that is inspired by vintage paisley shapes that are distorted and combined in a way that it resembles a futuristic camouflage with chrome effects. The color symbolism is based on spiritualist approach: blue represents the open spaces, the possibilities, freedom, inspiration, confidence and faith, while the acid green is associated with nature, harmony, balance, youth. The tattoos are also designed specially for this series: the tattoo above the right wrist shows the title of the work, while the symbol on the left foot is the ‘paradigm shift symbol’ created from two intersecting geometrical shapes: a square representing stability, structure, physical, predictable, order and security and a circle representing motion, force, change, totality and balance. This hybrid outfit is designed for imaginary humans, whose existence is not confined in time or space. The familiar yet otherworldly, celestial atmosphere can be anywhere in the Universe, suggesting the idea of transcending space, suggesting a positive message for stepping into the future while embracing values acquired from the past.